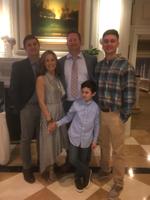 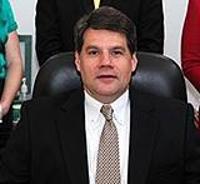 Current Head Coach at Eastern Regional High School.  Prior to that, Coach Flannery was the Defensive Coordinator for Eastern Regional HS for the last 4 years and developed some top defenseman at Eastern.  Coach Flannery also coaches High School girls basketball and tennis.  Prior to coaching at Eastern, Coach Shane played his college lacrosse at NCAA Division I St. Joe's University.   Shane was a multi-sport athlete finding much success at basketball, football and lacrosse while in high school.

Coach Yurick is the current defensive coordinator for West Deptford High School Boys Lacrosse.  Nick was been coaching with his alma mater for the past 4 years.  During the day, Nick is a family law attorney at the Law Offices of Andrew Yurick.  Nick is actively involved in the lacrosse community and beyond, also volunteering his time as a Board Member for the Gloucester County YMCA.  Nick brings an unparalleled skill set that highlights athletic and academic excellence,  attention to detail and communication.

Noah Morris is in his ninth season since joining the coaching staff at Stockton, his alma mater, in 2013. He works primarily with the defense and also handles substitutions during games.

Morris played three seasons as a goalkeeper at Stockton from 2010-12, making 67 saves with a 9.48 career goals against average during his career. He transferred to Stockton after one year at Ocean County College. Morris also was a goalie for the Stockton men’s soccer team for two seasons in 2010-11.

Dave brings with him over 30 years of coaching experience, including 28 years with Geneva HS in Central NY. During that time, Geneva won 3 state, sectional titles and had 5 All-Americans. Dave has worked with over 200 athletes that have gone on to play or coach at the D1, D2, and D3 levels. In 2007 Dave was honored with the prestigious US Lacrosse Man of the Year Award for his dedication and commitment to the game of lacrosse.

Coach Tim returns this past season after taking a few years off to concentrate on his career in NYC.  Coach Tim returns with a wealth of coaching experience with our teams, clinics and camps.  Coach Tim succesfully coached our 2018 and 2021 teams in years past leading both to strong success.  Prior to coaching, Tim was an All- American at Stevens Tech University and led them to multiple top 20 finishes.   Coach Tim is employed as an Engineer when not on the field. 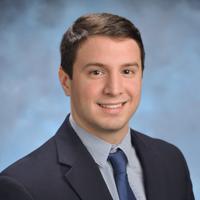 Nick Reardon is a current youth coach at West Deptford Youth Lacrosse.   Nick brings 7 years of coaching experience from team to training, camps and clinics.   Prior to West Deptford, Nick was a standout attackman for NCAA DIII Susquehanna University where he led his team to a conference semi-final in his senior year.  Nick finished his career with 100 points tallying 50 goals and 50 assists.   Prior to SU, Coach Reardon was a All-Conference attackman at West Deptford High School.  Nick is currently employed as a full time Financial Advisor and holds a CFA. 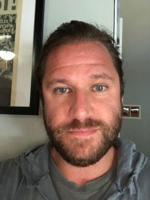 Coach Friel is currently the Assistant Coach at Eastern Regional High School.  Coach Friel was worked with face-offs, transition, goalies, conditions and weight training since joining the staff in 2014.  Prior to coaching at the High School level, Coach Friel was a do it all player for Neumann University from (2005-2009).  Off the field, Coach Friel is a teacher at the Yale School.

Coach Matt may be young but he comes with a lot of coaching experience.  Coach started out as a positional coach 5 years ago and began to develop his passion for coaching the game.  In 2020, Coach took over the Head Coaching position for the 2029 Boys.   As a former Shamrocks player, Coach Matt holds the values and attention to detail that separate our coaches.  Coach Matt holds a distinguished playing career most notably as a 4 Year Member and Captain of Penn State University Men's Lacrosse.  During Matt's final year, Penn State held a # 1 ranking in for the majority of the year.  Prior to Penn State, Matt was an All- Conference, All-South Jersey, All- State, and All-American at Clearview Regional HS. 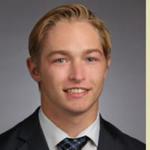 Coach Carmen re-joins the Shamrocks family after taking a small break to concentrate on earning his Master's degree.  Coach Carmen comes with a wealth of experience including stints as the Assistant Coach at Bishop Eustace Prep, Shamrocks 2023 team and Shamrocks 2024 team.  In addition, Coach has worked many camps, clinics and training sessions for the past 6 years.   Prior to coaching Coach Carmen was a standout middie at Susquehanna University.

Coach Mike joins the Shamrocks with an extensive background in lacrosse.  Coach, by way of Northport, Long Island,  will come on board this fall as one of the 2031-32 Boys team coaches.  Coach Mike started his playing career as a middie at Northport HS  leading his team to a NY State Championship his Junior year and as NY State Finalists his Senior Year.   Following High School, Coach Mike was recruited to take face offs for Drexel University.  He was named Captain twice, was the team MVP his sophomore year and was honored as a USILA North South All- Star game participant.   Coach Mike was 9th in the county in face offs and 11th in ground balls.  Drexel has honored him by naming him to their All- 2000's team.   Following Drexel, Coach Mike was drafted by the MLL Philadelphia Barrage.  We are excited to have Coach Mike on board to help develop our youngest laxers.

Named to 2nd Team All-Conference as a sophomore